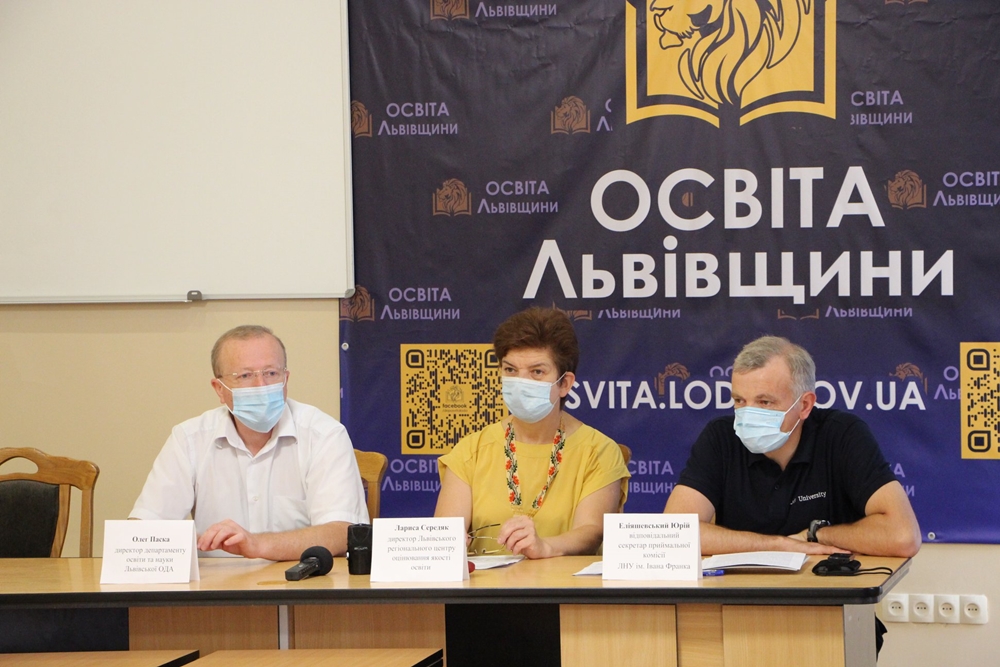 Yurii Eliiashevskyi spoke about the peculiarities and the major stages of the admission campaign of this year. The executive secretary of the Admission Commission indicated that the online accounts registration started on August, 1 and the submission of the applications will start by August, 13. “The individuals eligible for special admission have to apply to the higher educational establishment and submit documents that prove the right for the special admission so that the employees could add them to the list of special admission applicants. That is actually one of the innovations of the admission campaign this year.”

According to Yurii Eliiashevskyi the entrants can submit their applications within August,13 – 22. “After August, 22 when the period for submitting the applications is finished, the academic scholarships will be announced and calculated according to the algorithm elaborated by the Ministry of Education and Science of Ukraine” – indicated Yurii Ihorovych. The speaker highlighted that the university entrants can submit only up to 5 applications using 5 priorities. “The priority corresponds to your desire to study at a certain higher education establishment.  For example, if you prefer to study at the Ivan Franko University of Lviv, you mark it as your first priority, then goes the second one and third correspondingly,” – explained Yurii Eliiashevskyi. More detailed information on the major deadlines, dates and the innovations of the admission campaign of this year is available by following the link. And the information on the number of the academic degrees and specialities on the basis of which students are admitted, the maximum number of entrants and the period for the degree completion, the list of entrance subjects indicated in the certificate issued by the Ukrainian Centre for Educational Quality Assessment, entrance exams and creative competition are also  available on the university website in the section «Admission campaign» and the admission requirements to enter the University can be found by following the link.

Consolidated Ratings
The Ivan Franko University of Lviv has become a project coordinator of the Erasmus+ KA2: CBHE Capacity Building in the field of higher education