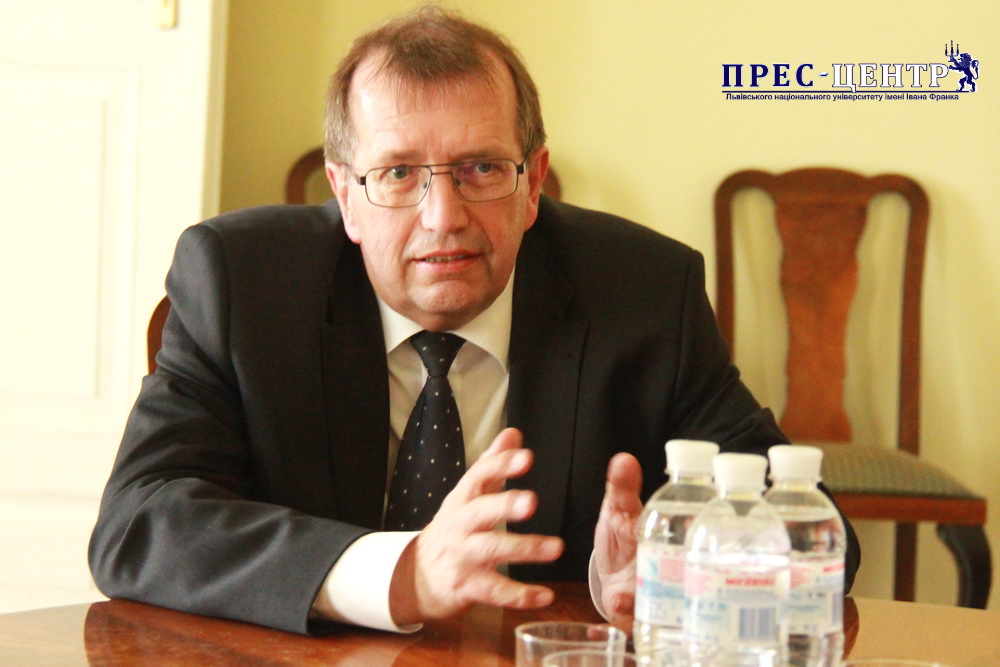 During the meeting the sides discussed prospects of further cooperation between the leading universities of Ukraine and Germany and outlined priority areas for joint research. In particular, Lviv University administration officials told about the propositions of University scientists regarding proceedings on certain joint research and deepening of academic cooperation at the level of faculties, departments and researchers of both Universities.

They also spoke about the possibility of joint scientific conferences and development of certification programs. Thus, Professor Alfred Forchel expressed hope for continuation of Joint International Certification Program “Selected Sections of Computational Mathematics”, which is traditionally attended by the best students and graduate students of the Faculties of Electronics, Applied Mathematics, Mechanics and Mathematics.

In addition, the participants discussed the prospect of the introduction of new certification programs.

Professor Volodymyr Melnyk thanked the President of the University of Würzburg for fruitful cooperation and technical assistance provided by one of the leading European schools.

The cooperation between the two Institutions was established in 2014. Since that time, scientists and students of Lviv University repeatedly had the opportunity to visit the Julius-Maximilians-Universität Würzburg, which they presented the results of their research and exchanged experiences with German colleagues.