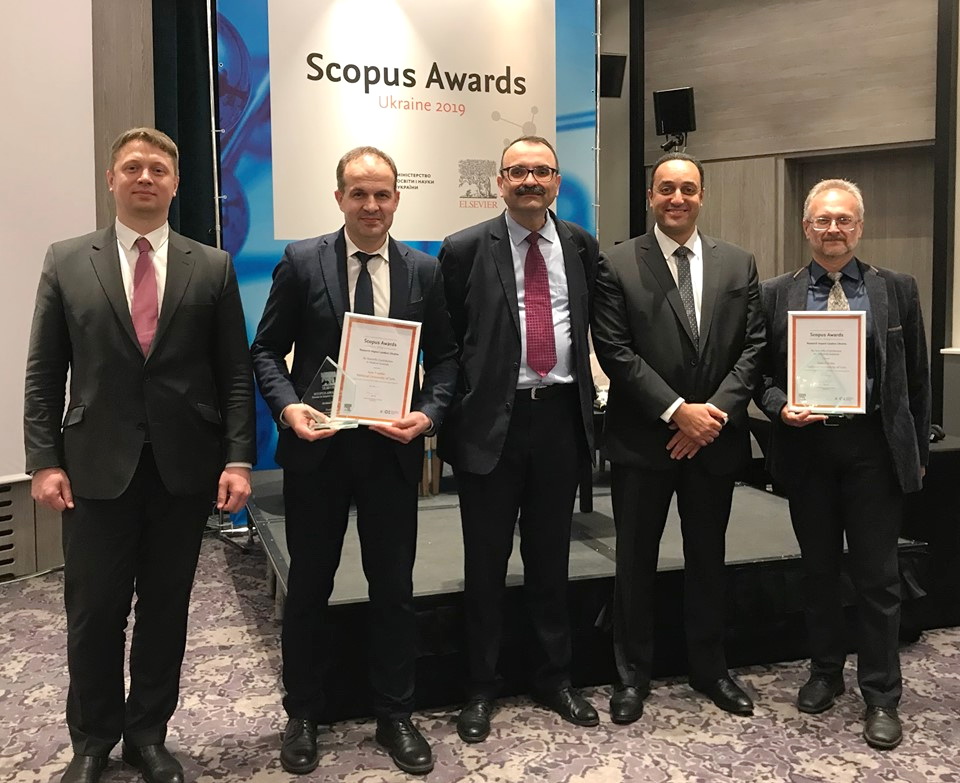 The Ivan Franko National University of Lviv is the only HEI in Ukraine, which has received two winning nominations of «Scopus Awards Ukraine». In general Ukrainian HEI and scientific institutions were awarded in 7 nominations, 3 of which awarded for representatives from Lviv.

The Ivan Franko National University of Lviv received two honored awards,  particularly, in the nominations “Significant Contribution to the Humanities” and “Significant Contribution to Medical Sciences”. The ceremony took place on May 16, 2019, in Kyiv in the framework of celebrating the Day of Science. Vice-president of «Elsevier» company Said Taha awarded winners with the prizes and noted the enormous potential of Ukrainian scientists, confirming this with the statistical scopes derived from the Scopus database.

Scopus Awards Ukraine is a scientific award established jointly by the “Elsevier” and the Ministry of Education and Science of Ukraine, based on indicators in the science-based database Scopus, which emphasizes its status and global dimension.