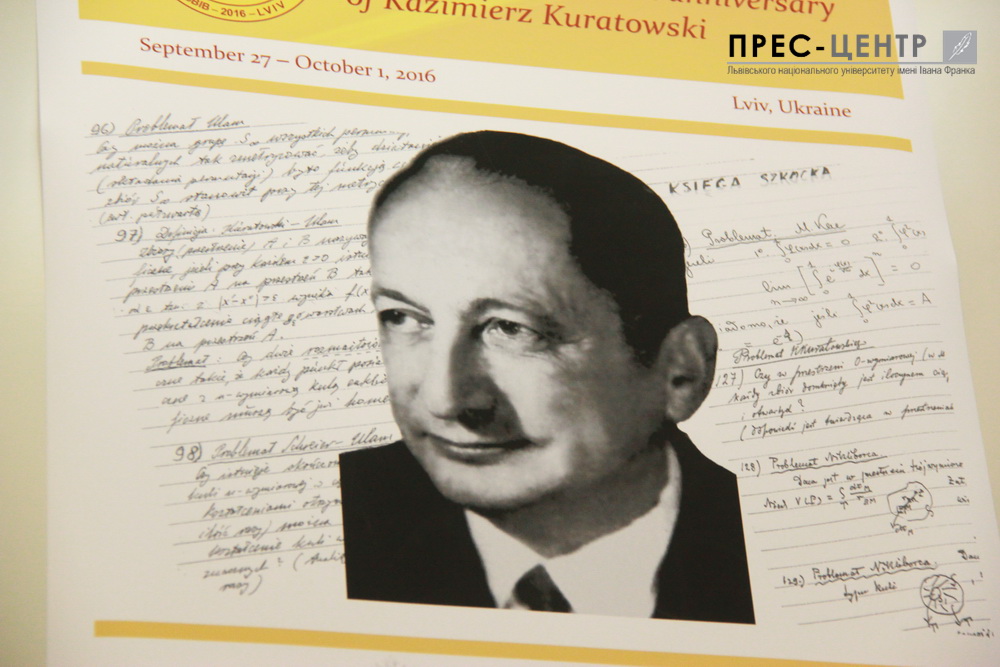 During the solemn opening of the conference, held September 28, 2016 at Lviv University Hall, the participants of the conference were welcomed by Vice-Rector for Research Roman Hladyshevskyi, dean of the Faculty of Mechanics and Mathematics Mykhajlo Zarichnyi Professor Taras Banakh, Professor Alexander Blaschyk (Poland), Professor Miroslav Hushek (the Czech Republic).

“Besides being an outstanding figure”, scientists also noted that Kazimierz Kuratowski lived and worked in Lviv. His scientific interests were abstract topological and metric structures. The famous mathematician, in particular, formulated the so-called Kuratowski axioms that had fundamental importance in the development of the theory of topological spaces and the theory of continuum between two points.

The most essential Kazimierz Kuratowski research results concern the relationship between analytical theory and topology as well as Euclidean space. Together with his disciple, he introduced the concept of the so-called kvazihomeomorfizmu, which opened a new space in topological studies.

Within three days the participants of the International Conference dedicated to the 120th anniversary of the birth of Kasimir Kuratowski, discuss problems of modern mathematical science, including theory and typology sets. There will be held such section meetings on the following thematic areas as: “General Topology”, “Geometric Topology”, “Topological algebra”, “Topology in the analysis”, “Set theory”, “Graph theory” and “The History of Mathematics”.