At Ivan Franko National University of Lviv, there are scientific objects which belong to the national heritage of Ukraine. Namely: the Department of Manuscripts, Old and Rare Books of the Scientific Library of the University, Research Complex of Equipment for Studying Celestial Bodies of Near Space of the Astronomical Observatory of the University, Herbarium, Botanical Garden, Scientific funds and exhibition of Zoological Museum, Culture collection of microorganisms-producers of antibiotics. 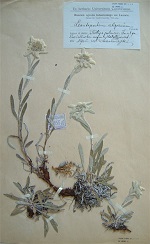 Ivan Franko National University of Lviv has the oldest herbarium in Ukraine, founded in 1783 by B. Schivereck. The herbarium of Ivan Franko National University of Lviv belongs to 30 oldest herbarium collections of the world, it is included in the global directory of herbaria “Index Herbariorum” (New York, 1990), and it is the second in terms of volume and scientific significance in Ukraine. The scientific funds contain about 270 thousand herbarium samples: the collection of vascular plants – 207 thousand, personal collections of A. Rehman and Ph. Schur – 43 thousand, bryological collection – 20 thousand, mycological and lichenological collection – 3 thousand. The collection documents flora composition of a large part of Ukraine, the Ukrainian Carpathians and Europe and shows the changes in the vegetation cover throughout more than 200 years. Upwards of 600 samples of the typical material are particularly valuable herbarium since they are standard names of numerous species of world flora and they are a precious fund of the world botanical science. In 2002, the Herbarium of Ivan Franko National University of Lviv was included in the State Register of Scientific Objects of Ukraine that have the National Asset status.

In 1905, F. P. Maksymenko Department of Manuscripts, Old and Rare Books was founded. In the 90s of XX c., the fund was considerably enlarged. Nowadays, the fund comprises more than 120 thousand items for storage. By the decree of the Cabinet of Ministers of Ukraine as of 21 October 2008 (№ 1345-р), the Fund of Manuscripts, Old and Rare Books is included in the State Register of Scientific Objects of Ukraine that have the National Asset status.

The Zoological Museum of Ivan Franko National University of Lviv is one of the oldest university museums in Europe. The scientific collections of the museum comprise upwards of 180 thousand exhibits, approximately 10 thousand of them form the exposition. The museum funds represent fauna of all continents and all water areas of the world. The museum stores more than 130 typical samples of animals which were discovered and described for science for the first time. They originate from Ukraine, Russia, Poland, Brazil, India, Mexico, Australia, Eastern and Central Africa, countries of Central Europe. The collections of invertebrates (excluding insects) are particularly valuable, they comprise around 45 thousand samples, among which there are sponges and malacological collections of Benedykt and Vladyslav Dybovskyis from Baikal, the Angara, the Amur, the Manchurian and Caspian seas; corals and molluscs of Prince of Monaco expeditions in the Mediterranean, the Red and the Adriatic seas; various echinoderms from the first biological stations in Naples and Trieste. There are about 110 thousand samples of world fauna in the entomological collections of the museum. There are valuable specimens of hemiptera and cicadas of German professor Hermar, butterflies of Halychyna and Europe, Japan, Far East, Pamir, Caucasus and Australia. The ichthyologic funds represent more than 200 species of fish, including Lepisosteus, Amia, Polypterus and rare in Europe beluga, brook trout and Cyprinus carpio. There are around 300 species in the collections of amphibia and reptiles. The ornithological collection comprises more than 1000 species of birds, which constitutes 1/10 of their world diversity. The collection of hummingbirds and sunbirds belongs to the unique exhibits, while the rare collections include the collection of mammals – African animals 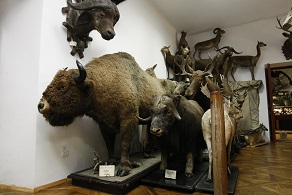 collected by Vodzitskyi in 1900-1910 on the territory of the former German colony of South Africa, the collection of horns of mountain sheep and goats from Tien Shan, the trophies from Liberia and the gifts of the fleet of whalers “Slava”. The museum collections are important sources of researching the problems of changes in the environment, conservation and restoration of biodiversity as the basis for the functioning of biosphere. It is practically the only form of scientifically documented physical evidence of species diversity and changes in the habitats of animals that can be subjected to critical revision according to modern taxonomy. 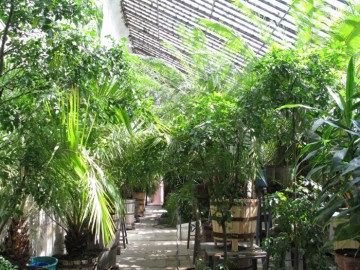 Culture collection of microorganisms-producers of antibiotics of Ivan Franko National University of Lviv was founded in 1995 at the Department of Genetics and Biotechnology in order to conserve and study microorganisms, mainly actinomycetes – the producers of antibiotics and other biologically active substances. The collection includes about 700 items and is constantly updated. It consists of typical strains of actinomycetes – producers of antibiotics (beta-lactam, aminoglycosides, macrolides, tetracyclines, anthracyclines, angucyclines, polyenes, thiopeptides) that have antibacterial, antineoplastic, antiparasitic and fungicide properties. The collection includes strains with the altered ability to synthesize antibiotics and resist them, auksotrophs, strains containing DNA with the cloned genes of biosynthesis of antibiotics and antibiotic resistance. The Collection contains the strains of coliform bacterium Escherichia coli, containing vector and recombinant DNA molecules of different origin that are used for the construction of producers of new antibiotics and enzymes. The Collection supports strains of actinomycetes, perspective for the development of antibiotics biotechnology in Ukraine. The Collection also contains strains of pathogenic fungi and bacteria that are used to study the antagonistic properties of actinomycetes. By the decree of the Cabinet of Ministers of Ukraine as of 19 August 2002 N 472-р., it is included in the State Register of Scientific Objects of Ukraine that have the National Asset status.

The Botanical Garden of Lviv University was founded in 1852 by Professor H. Lobachevskyi on the northeast slope of Kalicha Mountain in the center of Lviv. In 1911, the area of 16 hectares was added (modern Cheremshyny Str., 44), where there is a greenhouse complex, a collection of herb species of natural and cultural flora, ornamental trees and shrubs. The basis of the collections of the Botanical Garden comprise tropical and subtropical plants that are located in two greenhouse complexes in the area of ​​2500 sq.m. The collections includes unique in age and development cycas, dammar, Theophrasti, large-sized palms, succulents and many other groups of tropical and subtropical plants (over 1500 species). 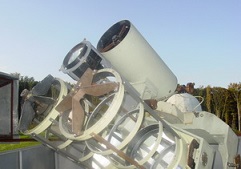 The research complex of equipment is aimed at distant, photometric, polarimetric and positional observations of satellites. In Ukraine, it is the only complex capable of carrying out simultaneous observation of satellites with the help of the abovementioned methods with high precision: up to 100 mm error in distance, up to 0m.01 – in photometric quantity, up to 1″ – in position in the equatorial coordinate system. The research complex consists of three hardware units: for distant observations – satellite laser ranging station (SLR station) “Lviv 1831”, for photopolarimetry, and for positional (coordinate) observations. The research in accordance with international and national programs is conducted at the facility. By the decree of the Cabinet of Ministers of Ukraine as of 22.10.2008 № 1345-р., it is included in the State Register of Scientific Objects of Ukraine that have the National Asset status.