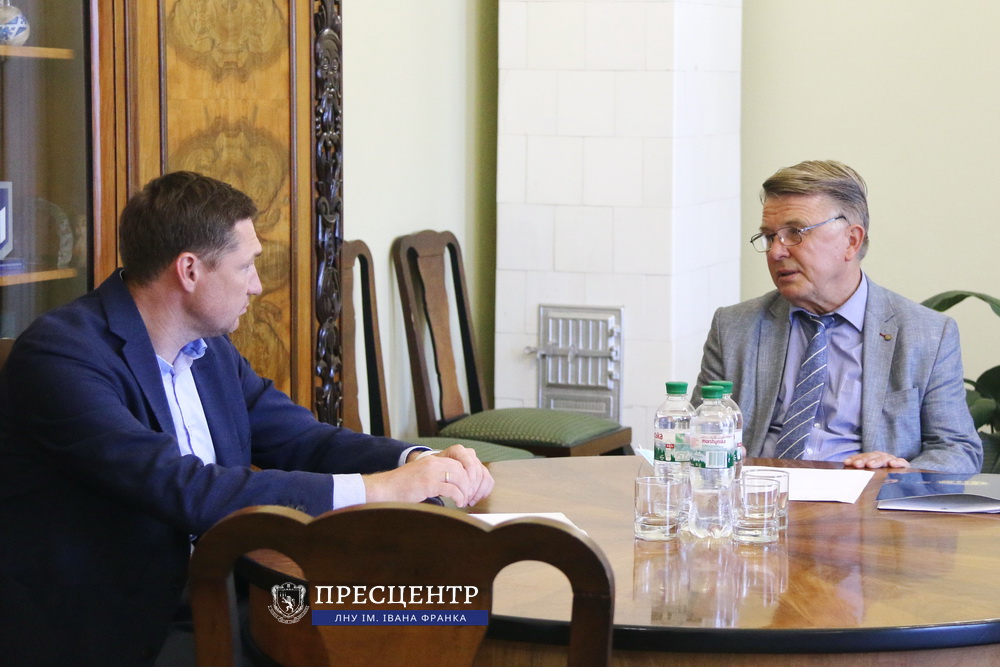 The head of the Lviv regional state administration Maxym Kozytskyi paid a visit to the Ivan Franko National University of Lviv on
August, 21, 2020, during which the head of the state administration visited the history museum of the university and spoke to the chancellor of the university, a corresponding member of the National Academy of Sciences of Ukraine Volodymyr Melnyk.

During the conversation they spoke about the prospects of improving the collaboration between the establishments and implementation of the common projects on education and infrastructure. At first, Volodymyr Petrovych spoke about the academic achievements of the university and familiarized the head of Lviv region with the process of the admission campaign.

Volodymyr Petrovych and Maxym Kozytskyi drew special attention to the necessity of promoting a healthy lifestyle and the development of the infrastructure of the educational and sports centre of the university. In addition to this, the head of the Lviv regional state administration took an interest in the objects of the national heritage the university possesses and underlined that each of the 6 objects are of a certain strategic value to Lviv region and the whole country in general.